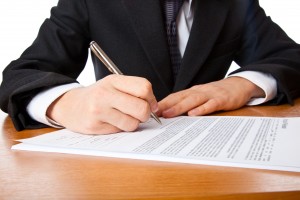 A company secretary doesn’t fill a clerical role, and they aren’t a secretary in the usual sense. The company secretary of a limited company makes sure that the company is legally compliant. They keep directors and shareholders informed of their legal responsibilities and make sure documents relating to the management of the company are up to date and correct. However it is important to note that even if you have a company secretary, the directors are still accountable so you still need to be aware of what’s going on.

If you choose to have a company secretary, you can appoint just about anyone. The main restriction is that they cannot be the company’s auditor. They can be a director and a shareholder.

We’re here to help. Call our Business Consultants today on 01245 492777 for free guidance on appointing a secretary for your start-up.