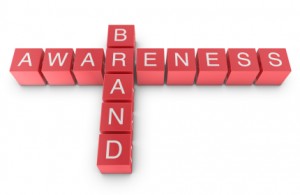 I’m a currently working on an article on a number of famous companies who have changed their name for one reason or another over the years. While investigating I also found a number of interesting instances where high-profile businesses have been forced to re-brand and these examples might also be useful to new entrepreneurs thinking about starting a new business.

There are often a number of reasons why businesses are forced to re-brand either their products or their entire business ethos. Sometimes it might be a change in the economic climate, public opinion or technologies while in other instances it might be down to insufficient research when creating the name/brand in the first instance. Sometimes businesses find that once they reach the international market, their chosen brand or product name is no longer appropriate. In some extreme cases they find they’ve accidentally branded themselves in such a way that would cause offence in another language. I’ve briefly discussed this previously in our article on choosing a company name.

Often businesses, big and small, opt for a change in their brand in order to breathe new life into their brand. There are many examples, a few of which you could probably think of yourself. Some successful, some not quite so much.

Of course there are instances where businesses get it wrong. When Kellogs re-branded “Coco Pops” to “Choco Krispies” in the late 1990’s there was a strong public outcry and along with falling sales they were forced to backpedal.

This example demonstrates that it is important to carry out the proper research before giving thought to a re-branding. It might do more harm than good.

Re-branding For The Right Reasons

Kentucky Fried Chicken opted for a re-brand in 1999, adopting the title KFC. There is much speculation around the significance of the change, but some of the suggestions both make sense and consist of elements new businesses should give thought to when creating a brand.

It is suggested that the word “Kentucky” was dropped because Kentucky trade marked its name and began charging businesses to use it as part of their name. The word “Fried” was dropped due to the change in public perception and the need for a healthier diet and lifestyle. While “Chicken” was removed because of the controversy surrounding the treatment of the animals. Thus “KFC” was suddenly more appealing to a more modern, health-aware market than the original name.

Thoughts along these lines should be borne in the mind when looking to start a new business or limited company and choosing a name or developing a brand. Think about the market, the customer, the state of the environment and the possible changes of opinion in the near-future. You might not have a crystal ball, but you can take care to get it right the first time!