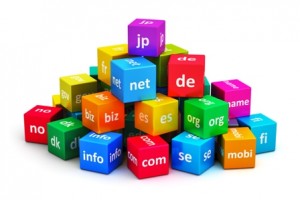 The new global TLDs have been out for a few months now and we are starting to get a sense of which ones are proving popular. Last year ICANN, who are the international body responsible for domain names, started approving a whole new range of Top Level Domains (TLDs). This meant that in addition to having a .com or .co.uk domain name it is now possible to purchase a .ninja, .photography or .accountant domain name. In fact there are now several hundred new TLDs available which ICANN have been slowly releasing onto the market.

Because the domains were being released onto the market in phases during 2014 there were sales spikes as particular domains became available. A lot of these were from big brands buying up the various different combinations of their own domains to protect themselves from cyber-squatting. Now that most of the domains are on general release we have more of a level playing field and can start to see which of the several hundred new TLDs have traction and which don’t. OpenSRS, who are one of the major domain wholesalers, have been publishing a list of the most popular domain TLDs based on their sales. Their Top 10s for the 1st Quarter 2015 are:

As you can see there is still a fair amount of fluctuation in the market with TLDs like .wales & .cymru (Welsh for Wales) appearing out of no-where in the Top 10 for March and then disappearing again. However there are a number of domains which are consistently proving popular. From these we have compiled our Top 5 domain TLDs which are:

If you are considering buying new domain names it is well worth considering some of the more popular new TLDs. Even if, like the big brands, you just get them to protect your brand image.

We have over 30 of the new TLDs available to purchase on our website with prices starting from just £3.49 per year

The Company Warehouse has been forming UK limited companies since 2003.

Read More About Us