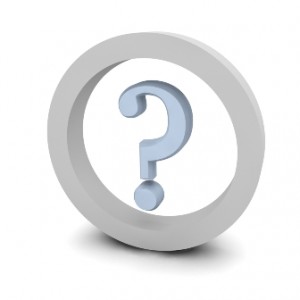 If people are searching for a plumber and they find a company called “Smith & Sons Plumbers” they know what they are getting. However there are a number of successful companies who have deliberately gone the other way and chosen company names with little or no meaning.

Rob Kalin the head of online marketplace Etsy said the following when asked about how he came up with his company’s name:

I wanted a nonsense word because I wanted to build the brand from scratch. I was watching Fellini’s 8½ and writing down what I was hearing. In Italian, you say etsi a lot. It means “oh, yes.” And in Latin, it means “and if.”

Other technology companies have gone for names which have meaning but don’t necessarily describe what they do. Google was originally called Backrub. Google is actually a play on googol which is the number 1 followed by 100 zeros. According to the official Google history this was chosen to symbolize the infinite amounts of information on the internet which they were trying to organize. According to less official versions they ended up using Google instead of Googol because of a spelling mistake when doing the domain name search.

Having an unusual company name can be a good way to make it memorable and stimulate discussion. The American online menswear retailer Bonobos is named after a kind of endangered chimpanzee. Andy Dunn the company’s co-founder says that having an unusual name gives anyone an “excuse to talk about who you are beyond your product.” For a new company trying to get people’s attention having a company name which doubles as a conversation starter can be a useful way to get your foot in the door.

This is both the main benefit and the main drawback of an unusual name. Customers, and search engines, will not initially know what your company does. However having customers ask about your company name gives you the opportunity to tell them the story of your company, what products or services you offer, and why they ought to buy them. This does require that you have a sensible answer to the origins of your nonsense name and can wrap it around a compelling sales pitch. Whether this will work for your company will in part depend on the industry you are in. Naming your company after an endangered type of chimpanzee is fine for a clothing company but might not work as well for a solicitor, funeral director or tax advisor.

Whether you go for a traditional company name, or an unusual conversation starting one it is important that you do the proper checks on it. Make sure that it does not contain any ‘sensitive’ words, that you are not infringing on anyone’s trademarks and that no other companies are already using it.