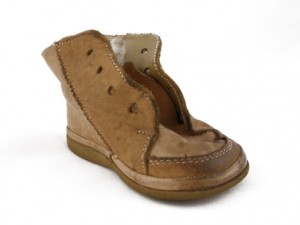 So what is bootstrapping?

Bootstrapping is basically the process of starting a new business without any external funding. A bootstrap start-up will rely on the internal revenue only. In other words the company spends what it makes.

In reality most early stage start-ups will need a little bit of funding so a typical bootstrap start-up may rely on the founder’s overdraft, credit cards or savings. Alternatively the business might be started while the founder is still working part time, or is doing some freelance work to cover the bills. The people involved in the company will typically work for little or no wages in the early days. A key element of bootstrapping is the idea that you can use ‘sweat capital’ rather than ‘investor capital’ to grow the business. In other words, you work hard.

What are the advantages of bootstrapping?

What are the disadvantages of bootstrapping?

So does bootstrapping work?

Well for some people yes. Lists of companies that started in someone’s garage and bootstrapped their way to success normally include Microsoft, Apple, Amazon, HP and Disney. All are big businesses that started in a garage or tiny shed with a handful of enthusiastic people. In reality many of these businesses did bootstrap through their early stages but when investors and venture capitalists came calling they took their money. The bootstrapping stage for them was about establishing that they could produce a basic product and that people were willing to buy it. Once they had established their basic business model they then took on funding to allow them to grow.

By doing things this way your company can establish a customer base and some cash flow before you go asking for a loan or investment. This makes your business a much more attractive investment and improves the chances of getting some money.

One comment on “Advantages and Disadvantages of Bootstrapping your Start-up”